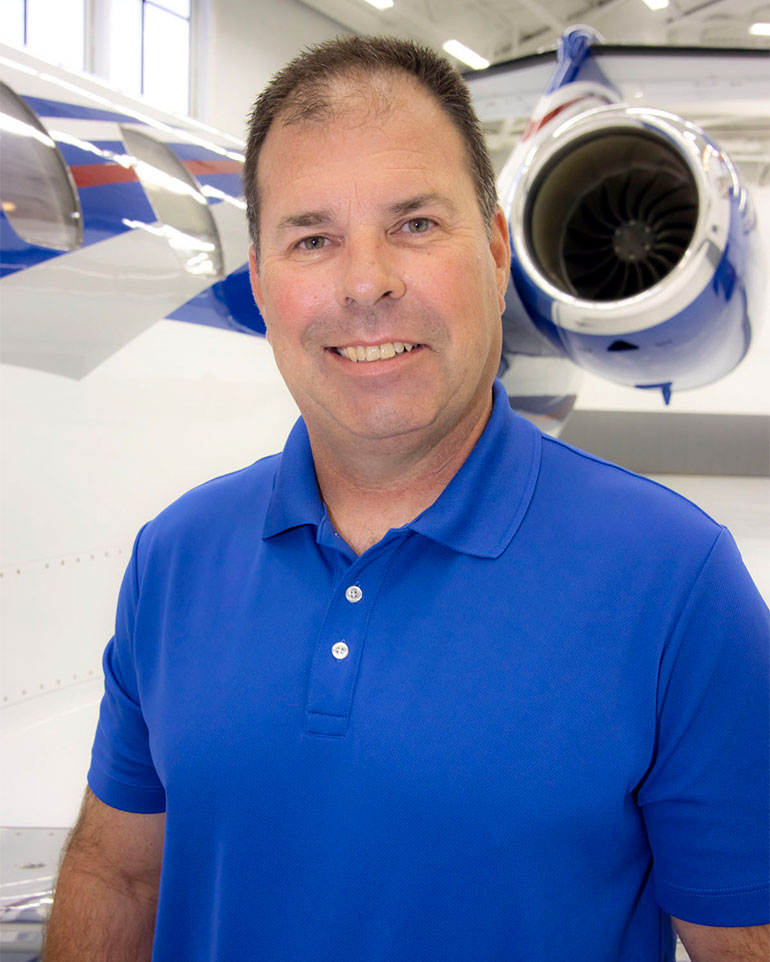 With over three decades of combined experience as an A&P mechanic with the Cessna Citation Service Center, a corporate pilot in Cessna’s in-house Air Transportation Department, and over 15 years flying and evaluating aircraft as a Senior Production Test Pilot and Product Specialist on the Citation X and the Citation 650, no one in the business is better equipped to evaluate or operate a Citation than Derrick Schmidt.

Derrick has test flown aircraft since his 20’s, inducted as a member of the Society of Experimental Test Pilots (SETP) a decade later. He’s an ATP with operational knowledge spanning every Citation model, from the original 500’s through the 750 (Citation X).

Outside of work, Derrick has an affinity for anything with speed. He has restored multiple classic cars, with a reverence for the Chevy Camaro. As a former licensed NHRA Sportsman racer who built and raced his own cars, a more uniquely qualified gear head and test pilot doesn’t exist. In addition, Derrick volunteers his time as a board member for South Grand Lake Regional Airport (1K8), for the past decade, where he bases his Beechcraft Baron and Bonanza. His efforts on the board, petitioning the FAA and fundraising matching local funds, grew a sleepy grass strip into a 5,000 foot paved runway with a precision approach, Jet-A fuel farm, and a hangar complex to house multiple turbine operators taking up residence.

Derrick is passionate about Cessna Citation aircraft and the people that own and operate them. In 2010, he started Derrick Schmidt Aviation with the premise that the customer could benefit from his technical training and aviation background garnered by a dedicated career with Cessna. Since then, Derrick and his team have brought the dream of flight to hundreds of Citation clients and educated countless others.